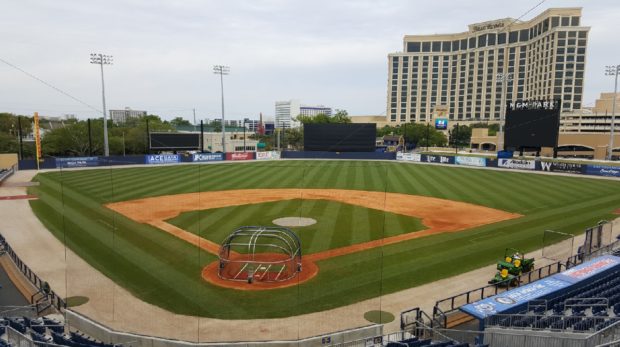 Play Ball: Minor League Baseball on the Gulf Coast is a Home Run

The Gulf Coast is a favorite destination for Atlantans and Georgians in general. From waterside restaurants serving some of the world’s best seafood, to those pristine white sand beaches and picturesque sunsets, vacations on the Gulf are hard to beat. You can even throw in attending a baseball game or two. Baseball? Sure, even though the nearest Major League Baseball franchise is over 200 miles away from the Gulf of Mexico in Atlanta, there are multiple minor league teams scattered across the cities that dot the Gulf Coast, and they provide exciting baseball and quality family time at affordable prices in some new modern stadiums.

Here’s where you can catch the MLB stars of tomorrow as you vacation on the Gulf.

The Zephyrs are the AAA affiliate of the Miami Marlins and members of the Pacific Coast League. New Orleans has a rich tradition when it comes to baseball and it dates back to 1870. Celebrating its 20th season in 2016, 10,000 seat, Zephyr Field – “the Shrine on Airline” – has become the focal point for family entertainment in the Greater New Orleans area since it first opened April 11, 1997, and has welcomed more than seven million Zephyrs fans for minor league baseball.

In the aftermath of Hurricane Katrina in 2005, Zephyr Field served as a staging area for rescue operations by FEMA and the National Guard. After the stadium sustained multi-million dollar wind damage from the storm, a new scoreboard and sound system were installed in time for the 2006 season, and construction was done to fix the roof, field lights and Coors Light Party Shack in right field. On April 6th, 2006 Zephyr Field opened its gates to an opening day crowd of 11,006 to kick off a season that would see the New Orleans Zephyrs become the first professional sports team to permanently return to New Orleans following Katrina.

Food choices at Zephyr Field range from traditional ballpark staples such as hot dogs, corn dogs, hamburgers, chicken tenders, nachos with cheese and popcorn to the more extravagant foods such as BBQ pork and beef, pig nachos and assorted other goodies. Ticket prices for Zephyr games start at $6 for Levee seating. More information on the New Orleans Zephyrs can be found here.

The two-year old Biloxi Shuckers are the AA affiliate of the Milwaukee Brewers and play in the competitive Southern League. Biloxi has emerged from Hurricane Katrina as a strong and vibrant city. The Shuckers franchise came to Biloxi by way of Nashville, Tennessee and Huntsville, Alabama, but they have found a home in Southern Mississippi.

The team plays at modern MGM Park, which opened on June 6, 2015. Due to stadium construction, the Shuckers played their entire 2015, April and May home schedule of 25 games on the road. MGM Park features a unobstructed view of the towering casino hotels on the beach in Biloxi as well as 5,000 fixed seats with room for an additional 800-1,000 fans in berm seating area. For a AA ballpark, MGM Park is a gem. There isn’t a bad seat in the park and there are food and drink options galore. A beer garden on the right field terrace is a popular stop for thirsty fans, and a local craft beer brand, Lazy Magnolia offers their Southern Pecan variety. Tickets start at $10 and the Shuckers’ game day staff makes each game a great baseball and family experience. Consider making Biloxi your home base as you traverse the Gulf, as there are plenty of hotels in the city and other attractions. Get the lowdown at www.biloxishuckers.com.

Head a little easy along I-10 and you will hit the great city of Mobile, Alabama. Mobile is home of the AA BayBears, the AA affiliate of the Arizona Diamondbacks. In 1998, the Mobile BayBears begin their time in the Southern league after the construction of Hank Aaron Stadium, named after Major League Baseball Hall of Famer, Hank Aaron, but baseball in Mobile dates back to 1900. The BayBears have won two Southern League Championships as the Dbacks affiliate, winning back-to-back titles in 2011 and 2012.

The 6,000 seat ballpark not only pays homage to Aaron, but also other Mobile baseball greats. The field is on the corner of Satchel Paige Drive and Bolling Brothers Boulevard. Paige, born and raised in Mobile, was the first Negro Leagues player inducted into the Baseball Hall of Fame. Don’t miss the Hank Aaron Childhood Home and Museum located on the stadium grounds.

The Mobile BayBears have seen over 100 players promoted to the Major Leagues, many still there today. Some of those names include; Mobile native Jake Peavy, Paul Goldschmidt, Carlos Gonzalez, Justin Upton, Patrick Corbin, AJ Pollock, Trevor Bauer and many more.
Tickets start at $8 for general admission and can be bought on www.mobilebaybears.com.

Also a member of the Southern League, the Pensacola Blue Wahoos are the AA affiliate of the Cincinnati Reds. The Blue Wahoos play their home games at Pensacola Bayfront Stadium, a stadium that has a true “Florida Feel.” The team, formerly known as the Carolina Mudcats, began play in Pensacola in the 2012 season. Bayfront Stadium holds seats 5.038, and was built in 2012.

Baseballparks.com named the facility it’s 2012 Ballpark of the Year, which included facilities within the entire realm of baseball, including the Major Leagues. The area offers free unrestricted parking to fans and a variety of regional concessions like fish tacos,  shrimp po’ boys and sushi to go along with traditional ballpark fare. If you are going with a large group, rent a Wahoo Party Deck. Ticker prices start at $5 for standing room and $8 for reserved. See more here. 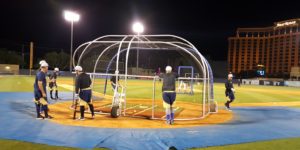 Batting practice with the Biloxi Shuckers 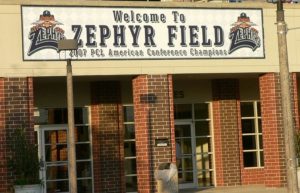 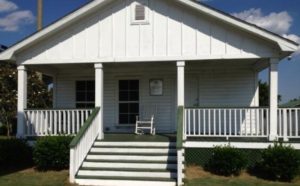 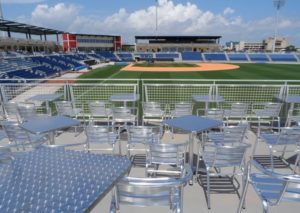 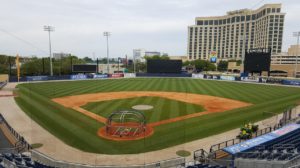 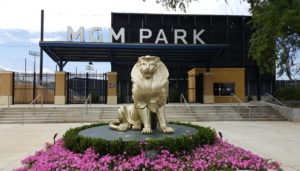 An entrance to MGM Park 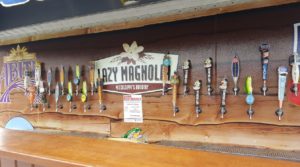 Rick Limpert is an Atlanta-based freelance writer that covers events, sports and technology on a regional and national basis. He writes a daily tech column for Examiner.com, weekly pieces for CBS Atlanta and monthly for the Atlanta Journal-Constitution. He has contributed to Yahoo News and Sports, Sports Illustrated, NBA.com and others. He co-authored the best selling tennis book, "The Invaluable Experience" with pro tennis player, Danielle Lao. Rick's "Wireless Wednesday" tech segment on SportsRadio 92.9 The Game is something Rick looks forward to each week. Follow Rick on Twitter @RickRoswell.